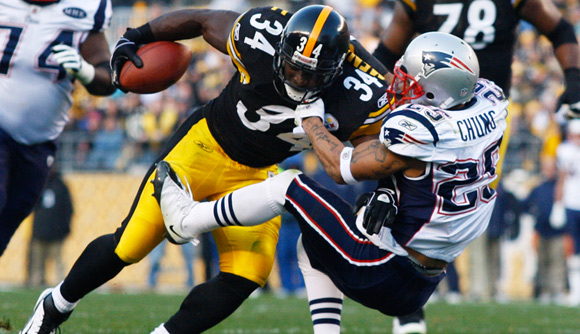 For the third time since 2004, the regular NFL season will start in Foxborough, where the New England Patriots have been almost invincible in recent years. To begin with a win, they will have to do without their leader on offense.

The NFL champions will begin the season at home on Thursday, September 10, but it appears that they will have to do it without quarterback Tom Brady, who was suspended four games by the famous deflategate incident. Bill Belichick’s team will host the Pittsburgh Steelers, who also will be without one of their best weapons on offense, since running back Le’Von Bell was suspended for a suspicion of DUI and marijuana possession arrest last year. Both teams have split victories in the last four meetings. The Patriots won two years ago at Heinz Field 55-31 and have not lost at home to the Steel Curtain since 2008. The series is in favor of the Steelers with 15 wins in 27 games, but for this game New England is favorite in the NFL betting Odds -2.5. In the last five games against the Steelers, New England is 3-2 straight up and 3-2 against the spread. Pittsburgh should take advantage of the absence of Brady to start the season with a victory. Since 2004, the defending champions are 9-2 in opening games, only the New York Giants (2012) and Baltimore Ravens (2013) have lost.

Player to watch: If the league confirms Brady suspension, quarterback Jimmy Garappolo will have his first start in the NFL. The former Eastern Illinois player was active in three games last year and finished with 182 yards and a touchdown.

The two worst teams of last year will meet in the first week of the 2015 season, however, it looks very complicated that we can see face to face quarterbacks Jameis Winston and Marcus Mariota, who were the first two picks in the 2015 draft. Winston is expected to be the starter for the Tampa Bay Buccaneers, who last year finished with 2-14, their worst record since 1986. The 2013 Heisman Trophy winner threw for 7,964 yards and 65 touchdowns with the Seminoles. Despite Mariota, the 2014 Heisman Trophy winner has impressed his coaches, he’s expected to fight for the Titans starting job with QB Zach Mettenberger. These two teams have met 10 times but this is the first since 2011. Tampa Bay has lost six of their last seven but won eight years ago in the last meeting at the Raymond James Stadium. Lovie Smith’s team is favorite in the NFL odds to win this game rated -3.0. In the last five of the series, Tampa is 1-4 SU and 1-3-1 ATS.

Player to watch: Jameis Winston is the main attraction of this game and will face a defense that finished last year ranked 14th against the pass, accepting an average of 235.8 yards per game and only had 12 interceptions.

The action in the NFC North will start with the oldest rivalry in football when the Green Bay Packers visit Soldier Field to face the Chicago Bears. The Cheeseheads are considered one of the favorites to be in the Super Bowl 50, while the Monsters of the Midway will try to return to the playoffs for the first time since 2010. This game will be the debut of coach John Fox in front of the Chicago Bears after four seasons with the Denver Broncos. The bad news for Fox is that the Bears have been able to win only one of the last 10 against the Packers and the last time they won in the series at home was five years ago. Green Bay is -5.0 in the NFL betting lines to win this game and maintain its dominance against their eternal rivals in the NFC North. Green Bay is 4-1 SU and 4-1 ATS in the past five meetings.

Player to watch: Quarterback Aaron Rodgers will remain as one of the best players in the league. Last season, he ended with 4,381 yards, 38 touchdowns, and only five interceptions. In his last two games against Chicago, Rodgers threw for 617 yards combined, 10 touchdowns and no interceptions.

Gary Kubiak will begin his era as head coach of the Denver Broncos against his former team when the Baltimore Ravens visit the Sports Authority Field in Mile High. Last season Kubiak was the Ravens offensive coordinator and helped quarterback Joe Flacco to have the best numbers of his career (3,986 yards, 27 TD). The Ravens have the advantage in the series with seven wins in 12 games, but in their last meeting (2013) lost 49-27 as visitors. Denver is favorite in the NFL point spread listed -4.5 and but the Broncos are 2-3 SU and 2-3 ATS in their last five against Baltimore. Both teams are amongst the favorites to be back in the playoffs this season, but the Ravens defense will need a great performance to stop the powerful attack of QB Peyton Manning and company. The famous number 18 ended 2014 with 4,727 yards and 39 touchdowns, only one behind Indianapolis Colts’ Andrew Luck.

Player to watch: If Manning stays away from injuries, this year he will become the quarterback with more yards in NFL history, he needs 2,148 to surpass Brett Favre. In his last game against Baltimore, he threw for 462 yards and seven touchdowns.

At NflScheduleWeek1.com is your source for NFL week 1 game previews, and recaps with all the best of the 2015 NFL season.